Timo Alakotila is one of Finland’s busiest, most versatile and most in-demand musicians, as composer, arranger, pianist and harmonium player in folk, classical, jazz and pop fields. His career began in 1982 in Kaustinen, Finland as harmonium player and founder member of the fiddle group JPP, who quickly established themselves as the best and most innovative fiddle music group in Finland. 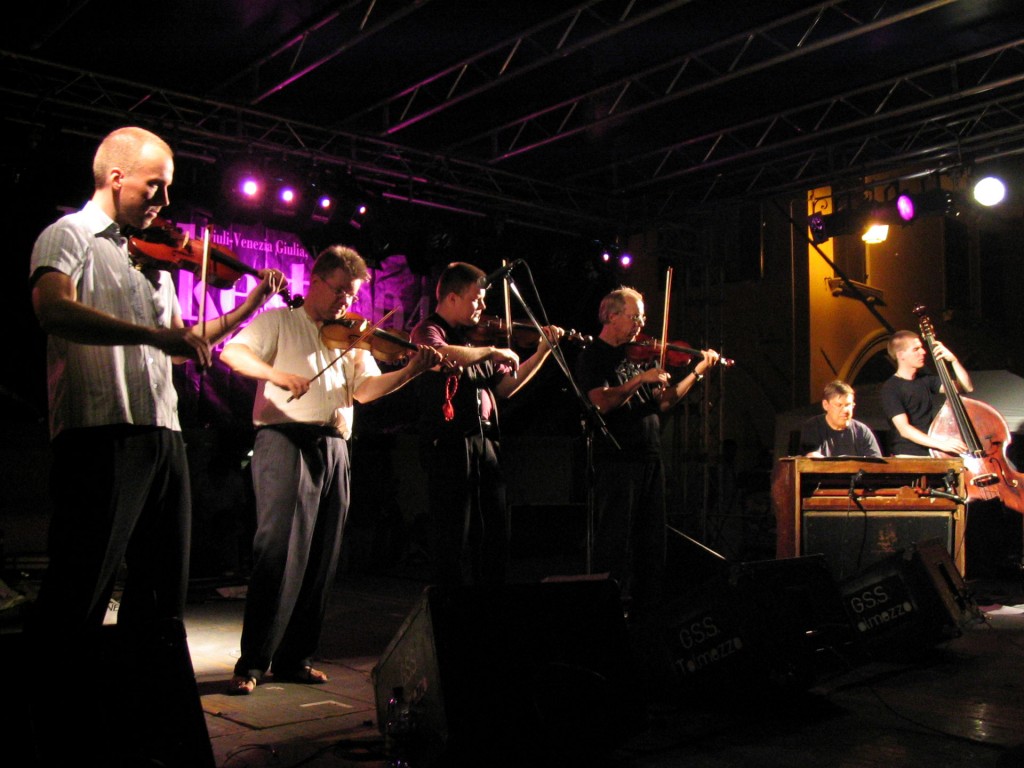 Timo Alakotila – The busiest man in the folk business

Timo Alakotila has one of the longest and most diverse CVs in Finnish folk music, and he is showing no signs of slowing down: he is involved in projects in folk music, jazz and classical music alike. He is a composer and a producer, a musician and a teacher, and in all these roles his work is uncompromising and immediately identifiable.

Alakotila’s own instruments are the piano and the harmonium. Not only has he brought the non-traditional piano into the sphere of folk music, he has also had a huge impact on shaping the field of modern Finnish folk music into what it is today. His sense of style, extending from tradition and history on the one hand to the future of modern folk music on the other, is in a class of its own, and in the course of his career he has seen folk music in Finland change fundamentally.

Alakotila’s work is governed in all genres by his own and original harmonic language, which is now beginning to trickle down to younger generations too. His own background is in pop and jazz, which he has liberally applied to the world of folk music, broadening its range of harmonic thinking. He still teaches theory of music, improvisation and arranging at the Department of Folk Music at the Sibelius Academy and at the Pop & Jazz Conservatory in Helsinki.

Alakotila’s music and the bands he plays with often display a rare sort of equality between instruments. The piano or harmonium rarely takes centre stage yet plays a central role. The harmony is developed by all instruments in turn, with the piano perhaps sounding occasional bright chords at key moments, discreetly but by no means insignificantly. All of Alakotila’s ensembles demonstrate the respect that their musicians have for one another.

Alakotila’s major ensembles include the legendary JPP and also Troka, Tango Orchestra Unto and the recently reassembled Luna Nova. There are also international lineups: he plays with Karen Tweed from the UK and Roger Tallroth and Emma Reid from Sweden in May Monday, and with Hans Kennemark from Sweden and Arto Järvelä in Nordik Tree. Their output shows how universal yet firmly rooted in the north Alakotila’s musical language is. He has also appeared as a duo with Karen Tweed.

Alakotila is in high demand as a duo partner among accordion players. He has played with two generations: he has been working with internationally acclaimed accordion player Maria Kalaniemi since the early 1990s, and his younger duo partners include Johanna Juhola and Terhi Puronaho. The latter two have since formed a trio with violinist Juho Puronaho. In Alakotila’s duos, the musicians are on a firmly equal basis just as in his other ensembles, and each duo has a sound all its own. With Johanna Juhola, he explores improvisation in particular, while with Terhi Puronaho he has mainly performed and arranged her material. In a new departure, he is planning a piano duo CD with Anna-Karin Korhonen in spring 2010.

No wonder, then, that Alakotila is in high demand beyond his own ensembles as a composer, an arranger and a producer. In addition to his work in Finland, he has for example written music and produced CDs for a Japanese singer named Halo.

Classical music is now occupying an increasing part of his time. He has written works for orchestra, chamber orchestra, vocal ensembles and small instrumental ensembles, and he has a wide variety of commissions pending.

Obviously, an artist of this calibre is acknowledged internationally. He has appeared all around the world with various ensembles, recently in the UK, Japan and Canada. But his music gets around even without him – Sketches from Folkscenes, for example, has been recently performed in Australia and Sweden.